Retire and Remate the Male

Follow these steps to execute a Male Rotation breeding schema where you retire the Male from his first Mating Cage and subsequently move him into another one.  This option is useful if it is important for you to track exactly when a male was removed and added back to the same Mating Cage. 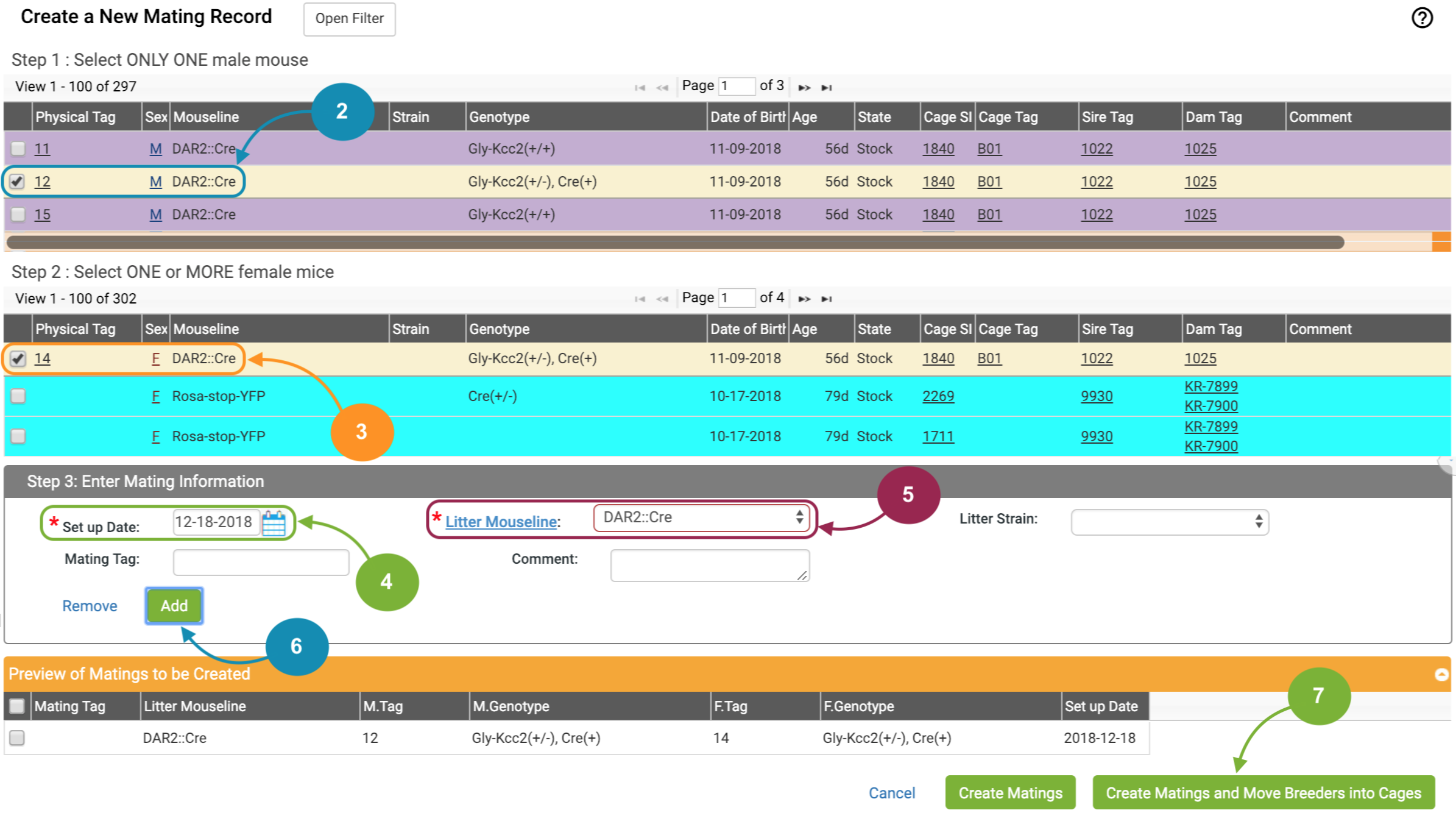 Step 2: Retire the Male from his current Mating Record when you are ready to remate him

Step 3: Set up the next Mating record with the same male and a new female 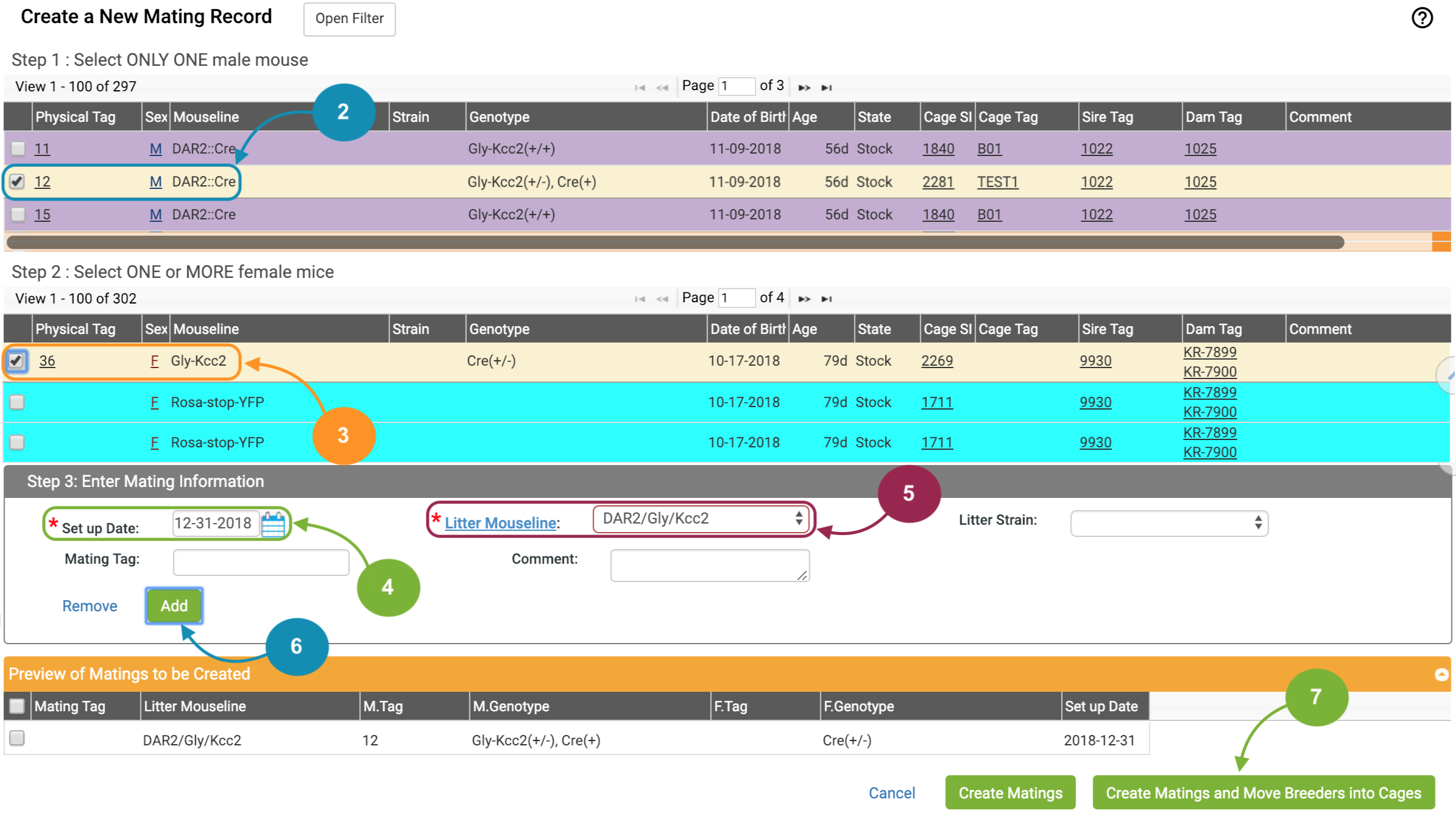 Step 4: Return the Male to one of his previous Mating Cages if needed

Once a litter is born and weaned from one of the male's previous cages, you may want to return the male back to this cage in order to remate him with the same female. Here's how:

If you have any further questions, please contact us with your inquiry.